Saila Dai (which means “third brother” in Nepali) learned how to cook when he was a young man working in Kathmandu. It was a necessary skill that he developed to make some money working in local restaurants. Saila Dai has not had an easy life, but that’s not what this post is about. Rather, it’s about the by-product of this hard youth that actually led him to become an excellent chef today. 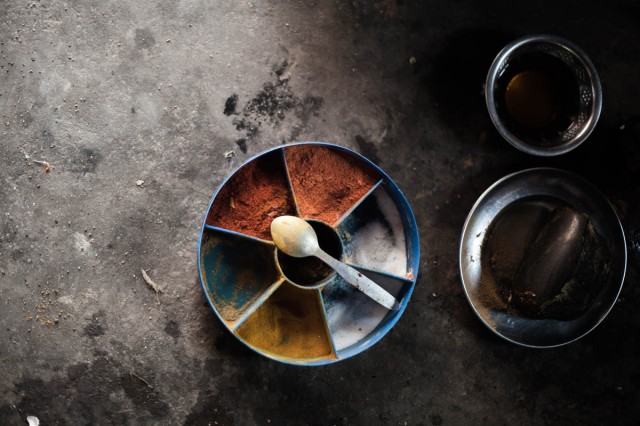 Since Saila Dai has been back in his village for a few years now and away from the dusty noise of the capital, cooking has become more of a leisure activity and hobby. Although his main dinner guests tend to be family (extended family included), friends and neighbors often pop in (often unannounced too) for a bite so food is always available in abundance. His home is also one of the volunteer accommodations that VIN works with, so at the time of my trip, there were also four more mouths to feed.

How do they do it then? Well, it certainly helps that Nepali villagers are quite self-sufficient and grow their own vegetables. The ones that can afford it also raise livestock. The family had two buffaloes on their land and we had tasty buffalo milk in our masala tea each day. Nothing quite compares to the richness of buffalo milk and that might sound weird, but you’ll understand if you try it.

After getting used to the strong spicy flavor typical of Nepali dishes (even for breakfast), you come to appreciate the richness in how these meals are prepared with such little resources. Vegetables and rice are a signature of every dish but the way they’re used differentiates from one dish to another. For example, one of Saila Dai’s specialties was Potato Pancakes, a Sherpa dish. Yes, full of carbohydrates but tastes like pie and quite a treat after a few days of Dal Bhat (which I was not such a fan of and avoided during my trip).

Part of the eating experience with a Nepali family was not just the food, but watching how the family worked to prepare it. Family and friends would help Saila Dai out here and there, but it’s clear he was running the show.

On several occasions, I sat by Saila Dai and observed his cooking but I still have a long way to go before I can cook nearly as well. Below are a few photographs I took of Saila Dai preparing the last lunch I had with the family which consisted of Spicy Chicken (cooked with bones in chunks) – a real treat as meat is expensive and rarely included on the menu. 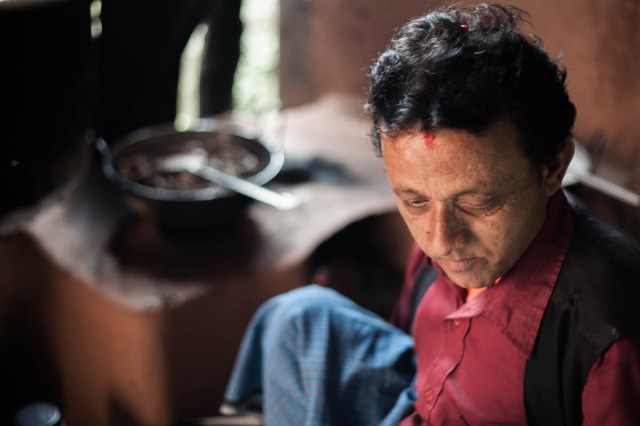 One reply to “A Sprinkle of Soul”